At Colgate’s Locksmith of Louisville there are a wide variety of options of gun safes for sale to fit each of your firearms, and then some. Amply sized gun lockers are designed to fit multiple rifles, pistols, and need-to-have accessories like scopes and ammo and keep them protected until your next hunting or shooting excursion.

You’re relying on handgun safes to keep your most precious belongings protected from harm, and rugged materials are more than up to the challenge. Heavy-gauge steel stands up to plenty of wear, while lined designs and padded interiors provide durability.

We carry and order from the most well-known and high-quality brands of gun safes, such as Provault, Gardall, and American Security. 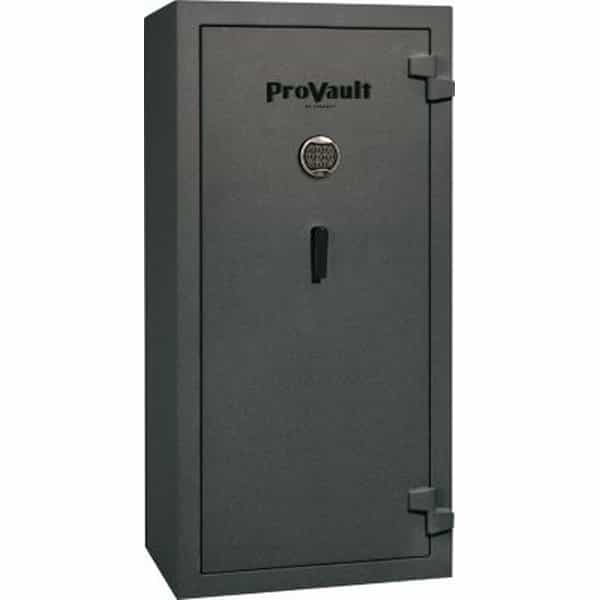 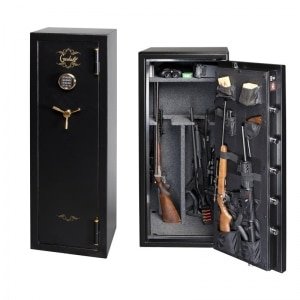 It is the responsibility of every firearm holder to use it responsibly and to keep it safe. Some of the reasons are to protect it from theft, unauthorized use, and from destruction by environmental conditions. The best way to accomplish indisputable protection is by investing in a gun safe. Here are some types of gun safes you can consider when in need of one from Colagte’s Locksmith.

Biometric gun safes are some of the most secure safes in today’s world. To open the safe, you need to place your hand on a scanner which reads your fingerprints. It only opens if you are an authorized user. It would be extremely hard for an intruder to open a biometric safe as the probability of two people having duplicate fingerprints patterns is almost zero.

The locking system is operated using a keypad, sometimes integrated with a small screen. The safe is programmed to prompt the owner to enter a particular security code for it to open. You can re-program it if you suspect or you know that someone else has discovered your access code.

These traditional safes have a wheel, which you need to turn to identify three numbers which act as the passcode for access. High-end gun safes of this type are resistant to fire and various natural disasters. A major shortcoming of these safes is that there is a likelihood of the wheel skipping an appropriate number if the combination consists of numbers that are close together.

A safe with this kind of locking system uses the conventional lock and key. The system may be reliable, but on losing the key, the safe becomes susceptible to unauthorized access. If this happens, it is advisable that you call a locksmith immediately to change the locks and to provide a new set of keys.

Multiple lock gun safes incorporate two types of locking systems. Your model could allow you to use only one system at a time, or both of them concurrently, depending on your security needs. Two examples of locks usually integrated in this way are the biometric and the keypad system.

Most safes are made of steel which would require an enormous amount of heat to melt. However, high temperatures from incidents like house fires can penetrate your safe and destroy your guns or other valuables. Water is also a potentially harmful element to firearms. Therefore, your weapons would only be safe from floods if you stored them in a waterproof safe. For this reasons, it is advisable to procure gun safes which are fireproof and waterproof.

Hidden gun safes enable you to hide your weapons in plain sight. They usually mimic other objects like a piece of furniture and anyone can walk around the house without noticing them. To entirely disguise your safe, you place it behind common household items such as a picture frame or a mirror not to draw attention.

Most car gun safes are meant for one handgun, but they can have room for a few other valuables as well. They enclose your weapon in a hidden steel case. Some have a strong steel cable which secures the compartment to a part of the car such as the trunk or the seat frame. This safe is portable, and you can fix it on different vehicles. There are also truck gun safes designed for bigger vehicles. They can store a variety of handguns or rifles. Such safes can fit inside the automobile’s console by bolting them. Additionally, truck gun safes are sometimes called console vaults, and they are not portable.

A nightstand gun safe is a small safe for a handgun meant for quick access to your weapon at night. Some designs are also suitable for use in cars. They have different prices based on the security features they offer. Due to their sleek design, they fit comfortably in the drawer of your nightstand. Therefore, you are sure where to get your gun whenever a burglar strikes in the night, even without lighting your bedroom. Failure to pick the right safe when the security of your family is in jeopardy can be devastating

One way of enhancing security as you sleep is ensuring that you can reach your gun quickly from your bed. An under bed gun saferesides under your bed as a sliding drawer. Under-bed gun safes come in different sizes and weight. There are various models in the market, with different features. This safe allows you to get armed in a matter of seconds adding convenience to the task of defending your family.

An in-wall gun safe is built into the wall. It is one of the hardest gun safes for a thief to identify due to the measures that are taken to conceal it. You can hire an interior designer to camouflage it entirely by making it look exactly like your walls. Intruders cannot identify such gun safes unless they have a clue that they exist. One common mistake gun owners do when concealing gun safes is shielding them with large objects which are cumbersome to move. Your protection measures should not make it difficult for you to access your safe during an emergency.